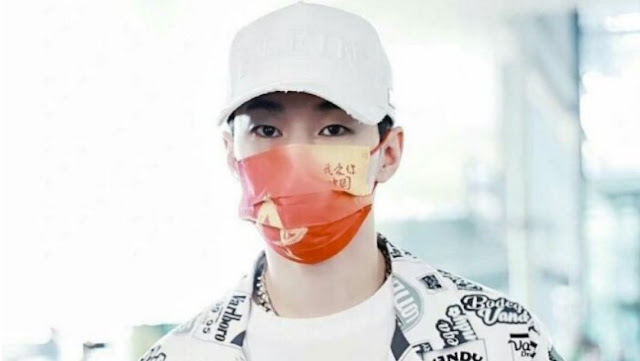 1. [+5,114, -66] This isn’t the only instance. He has made a lot of posts on SNS in Chinese praising China, claiming ‘One China’… He makes his living in Korea but on our Armed Forces Day on October 1st, he promoted China’s military. Just for context, October 1st is the day our soldiers fought and bled against North Korea’s allied forces and crossed the 3.8 line back.

2. [+2,307, -33] How does the bloodline of Hong Kong and Taiwan claim to love China? ㅋㅋ He’s just a traitor who sticks to whatever side benefits him.

4. [+961, -14] His father is from Hong Kong, his mother is Taiwanese, and he himself is Chinese Canadian. While his own father’s country is having their freedom stepped on!!! While his mother’s country is living under the threat of China even today!!! While he himself is making money and earning fame in the freedom of our country!! He supports communism ㅋㅋㅋㅋㅋㅋ Please go give your many talents to communism and go screw off to that country you love so much!!!

6. [+112, -1] Let the Chinese celebrities go work in their own country. If he’s already seen the havoc Chinese communism has caused all over the world and still chooses to support it, then there’s no turning back for him

11. [+42, -1] This is what you get when you take a Chinese kid and turn him into a K-Pop star. He’s bound to go back to China. With China banning Korean celebrities off of their media, we need to do the same. Ban idol groups with Chinese members on our media.

15. [+16, -3] It’s not like he said anything bad about Korea. If any further actions from him warranted this hate, it would be another matter, but it feels petty to be hating on him over this right now. How are we being any different from Japan for hating on Coldplay for saying « We love Korea »?