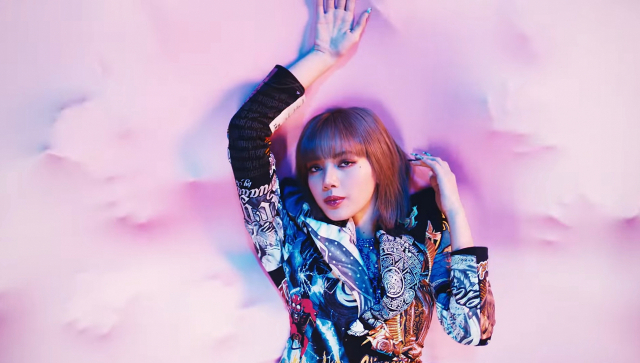 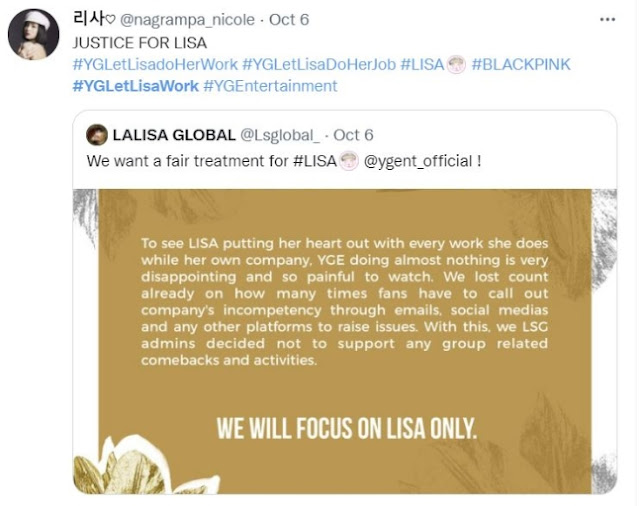 2. [+383, -10] What is this bullsh*t? She was made a star in Korea and given plenty of promotion with a single release. They claim racism over everything and I’ve had enough with their inferiority complex.

3. [+323, -5] No matter how exceptional they think Lalisa is, what if she didn’t have her amazing producers or her stylists? And if she wasn’t even with YG, she never would’ve made it this far. Who produced her music video? Who made her this big with her solo? Inside the brains of her fans, they think she was like this from the start.

4. [+304, -7] Koreans are honestly foolish. They take all these foreign kids and train them into stars only to be backstabbed and hated on like this… I get that we add foreign members for better ease when it comes to entering foreign markets but in the end, we’re the ones who suffer comments of hate and accusations of racism.

6. [+45, -0] They really think all of her success is owed to her being Thai ㅋㅋ Just send her back to Thailand and have her shoot a new music video using Thai technology ㅋㅋ

8. [+31, -3] If Lisa left YG and went back to Thailand, could she produce music videos of her current quality? She may be able to earn fame in SEA but I don’t know what more with her current talents…

1. [+315, -7] Koreans do all the training all for these foreigners to act ungrateful

2. [+167, -13] Shouldn’t it be Jisoo who’s getting unfair treatment?? She’s the only Korean member and yet has no solo of her own. YG has been pushing only the three foreign members. They should give her a song that plays up her talents. And Lisa? Let her go if she wants to go. Everyone knows she’s the most famous anyway.

4. [+56, -1] These fans don’t realize that they only know about Lisa because of YG… why are akgaes being like this ㅋㅋ

5. [+25, -1] All of Lisa’s akgaes acting like this are from SEA. Maybe they’re projecting on to her because she’s Thai but they don’t buy any of the merchandise and all they do is make up ridiculous rumors and demands on the internet all day.

1. [+128] They must not know YG well… because if they were really discriminating against Lisa, they would’ve left her on the backburner ㅋㅋ

2. [+102] They claim discrimination with everything ㅡㅡ Lisa must feel embarrassed ㅠ

4. [+19] SEA fans are too much. If YG was discriminating against her, why would they put out her solo and accept her opinions on adding Thai themes to her music video???? With their Adidas ad, only Rose, Lisa, and Jennie got individual cuts, but none for Jisoo. When have SEA fans ever protested over that??

5. [+49] It’s time we returned all of the foreign members back to their countries… there’s always some type of problem that comes up with them

6. [+25] If I was Lisa, I’d be begging my Thai fans to please stay quiet ㅋㅋㅋㅋㅋㅋㅋㅋㅋ I like Black Pink but I’m not necessarily fan… and watching this is like watching a helicopter parent come to their daughter’s workplace to throw a tantrum and I’m just watching through the partitions and feeling second hand embarrassment for the daughter

8. [+25] Black Pink is the group that YG is protecting with their lives right now ㅋㅋ they have two years left until contracts are up for renewal so YG is doing everything in their power to give them everything they want, what are these fans even talking about… ㅠㅠ

9. [+18] Imagine how big of a tantrum fans threw in the Bvlgari comments for them to put out a statement like « I hope it answers »…

11. [+2] If anyone’s being discriminated against, it’s Jisoo. She’s the oldest unni and doesn’t even have a solo…

12. [+66] Only a minority of Korean fans are weird but all foreign fans are mentally weird…

13. [+47] Lisa and Jennie are close but it’s always been the Thai fans who have been out to get Jennie since their debut

14. [+80] I will never understand the mentality of foreign fans