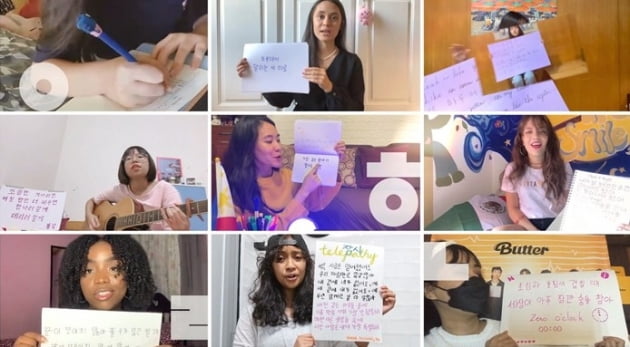 2. [+191, -4] If King Sejong the Great was still alive, I’m sure he would’ve bestowed upon BTS a great gift!! ㅎ Compared to other countries, we don’t even have a lot of land or a large population but we must be pretty amazing if we’re able to put out so many famous singers, actors, and athletes.

4. [+48, -1] Soon we’ll see news that the Chinese are claiming Hangeul as theirs too. Actually, they already tried that before, and even tried to claim the Arirang too.

5. [+23, -0] I saw this on TV and it was so touching. Apparently 30 or so colleges added a Korean classes using BTS as material, and that there will be more additions next year… BTS is the leader right now when it comes to getting Hangeul known worldwide. Every year for Hangeul Day, Armies all over the world have held competitions.

8. [+12, -0] I remember when we used to study English by listening to the lyrics in pop songs. Now we’ve reached a time where people are learning Korean by studying K-Pop.